You're One Click Away From Finding Your Best Customers!
Schedule your free live demo and see how you can finally prove—and document—where your long-term value customers are coming from.
SCHEDULE A DEMO

I’ve always been driven to use data to solve puzzles. When I was even 12 years old, I would be on family vacations, and I would be obsessed with trying to predict the dog races or the horse track results. My parents probably thought I was a degenerate gambler like my dad (kidding, he wasn’t that bad). We’d be on vacation, and I’d be scoring the programs. When they asked what I was doing, I’d say, “I want to try to see if I can predict who’s going to win.”
And sometimes I could. I had a pretty good little system. I was good with horses, at least with the standard breeds. I did pretty well with that. It was before speed ratings and all that came out. I was a little ahead of the curve, and I was just obsessed with it. The idea that you could take numbers and make sense of it and use it to predict the future, or at least attempt to, was just fascinating to me.
And that pretty much drove my career from there. I went from that to be a daytrader in 96-97 when people knew what it was. I used to have to call on the phone to make the trades and go in somewhere and have a special phone to download the stock prices.
And I loved it. I worked for a firm where we’d bet against the public. When people would have the $20 broker trades (that was a new thing in 97) it was because we would pay just for the right to bet against them because we had all these other analytics we could use, so I’ve always just been involved with that. Then when I got into Motorola, they were really into tracking everything, but it was hard to communicate. Nowadays we have Slack and instant video conferencing. This is 2001-2002, and we didn’t always know what was the status of the project. We had 25,000 people and we had to figure out how they’re all going to know what to do. I architected the systems behind that, and led the teams that did that.
Enter...

The idea came to me through a couple of friends that were running their online businesses. They were struggling with trying to figure out if their Facebook advertising was working. I looked around to try to help them because I was doing some data consulting just because it was kind of fun. It was like, “Geez, there doesn’t seem to be anything out there.” I jerry-rigged something up to hack up a solution, told a few people about it, and whenever I told anyone, they wanted it.

Then I slowly started to build it. I hired a programmer to help me with some things that I had hacked up that I didn’t love. I ran all the data myself for a long time. As each challenge came, we iteratively grew it based on what was the most problematic thing at that time.
It’s tough to build links in the data. How do I know a sale really happened? With Ontraport, or other CRM solutions, it’s easy. All of that data is in there. We can just pull it out and match it up with all our other algorithms. Then we can layer in data and the challenge becomes how do you make it usable for an entrepreneur that’s busy, that knows data’s important but doesn’t know quite what to do? We mapped the data to different points in what I call the customer journey. So that you know, based on this data, this is what works for cold traffic lead gen that leads to customers. If I’m doing retargeting, this is what’s making customers, etc. Then, when you’re trying to answer the question, where did I find my customers, it’s not that easy to do unless you have Wicked Reports, of course.
SCHEDULE A DEMO TODAY!
SIGN UP FOR WICKED REPORTS!
Our business has been growing pretty rapidly over the last year or so. There are usually a couple of things, in terms of customer acquisition strategies, that just work for a business. For us it’s, Facebook for content and for cold lead gen. Then we use Google Adwords for retargeting. Then we have drip sequences that don’t really convert but they get people to book live demos. Our sales cycle is pretty complicated so we use Wicked Reports to grow by utilizing that data.

And the best part? It’s working. People are getting real value. We get unsolicited testimonials a lot. It’s been fun, people come up, “Hey, I just want to tell you, I love your software. I have three licences and I’m using it and I tell everyone.” You don’t normally hear that in a given day. If someone’s using it, they’re just using it and happy, you only hear from the people that are a little grouchy about something. But having these people telling us they love it is awesome. It’s a really gratifying feeling.
But we aren’t done. Not even close. We have a few things on the horizon to add to our current featureset that are really going to drive value: We have a lot of visual reporting that you can then dive into the nitty-gritty just when you need to. We’re doing more artificial augmented intelligence so that we detect what’s right or wrong in your business and just bubble it up and not only tell you, hey, this is working or not but here’s what to do. We are trying to do that with literally no steps at all. Just so that they log and then say, “Here’s what to do, here’s what to stop, this is working, this is so-so.” Just trying to get ahead of you even having to think. As little thinking as possible. People just want to make money and do what they’re good at.
It’s interesting actually. I’m really into personal development. I do a lot of intuitive training and I have a theory that I’ve presented at events in the past. It has to do with “Forces in Play”. So there are forces in play in anyone’s life that kind of help evolve them forward or not. My personal opinion, you’re alive to try to evolve forward. The business is kind of a microcosm of that. You’re trying to evolve your business forward. There’s forces in play in your market, in your product, how did you talk to people, and most importantly, the force of time, that affects your results, and so you got to be aware of those when you’re taking any strategy and trying to use it in your business.
So how does that relate to me? The big forces in play for me right now are elevating my business vision and being clear about what I want it to be, which I’m figuring out. I’m determined to figure out what I want the business to be, because we could go a lot of ways, and they all sound kind of fun. I want the one that’s most fun, valuable, and profitable for everyone involved. Trying to keep something called a master intention, which is let everything be done on purpose. Let everything be done in service for the greater good of all as an expression of life, purpose, and getting closer to the source.
You just have to make sure you don’t get set on any particular ideas on how that should happen. Your expectations can sometimes in the way of what you want from your actions. If you just hold an intention of what you want to happen and then let the actions unfold more naturally, you’re more likely to get the result you want or something better than what you started with. That’s my opinion.
For example, we met with Facebook four times, which gets us excited. But then they drag their feet. They say, “Hey, we’re going to fund all your stuff, you’re going to be a millionaire or whatever or more.” I’m thinking, “Oh, this is awesome.” Then, instead of my intention, which as I mentioned is the greater good of all, I’m thinking, “So Facebook’s going to buy me, then I’m going to get this house, then I’m going to do this.” That might not be what’s going to happen. Now that I have that expectation, that blocks me from the other possibilities and opportunities because I let the expectation get in the way of me, maybe, taking other actions that could have opened other opportunities.
I find that entrepreneurship has a way of grinding our expectations out of us over time. After many, many years, we try a lot of things and a lot of things don’t work. You get to the point where you’re like, “You know, we’re going to try this and it may or may not work,” and there something about that attitude that’s actually okay. That allows you to continue to move forward because you’re not so worried about failure because it just happens over and over again. In the midst of all that, you find successes.
As another example: I thought, for sure, a quiz funnel was going to get me to the promised land. I was going to do a quiz, everyone was going to love it, I was going to be rich. Then I did it. People said, “Oh, it’s fun, cool!” But I had two people bought out of it. It took a lot of time and I was just obsessed with the idea a quiz was going to work and that was it. Waste of time. But I just go onto the next thing. It’s the process.
SCHEDULE A DEMO TODAY!
SIGN UP FOR WICKED REPORTS!
Not too long ago, I was asked the following question:

If you could go back and give a piece of advice to your nascent entrepreneur self, what would that advice be?
Here’s what I said:
It would have been to set up a paid funnel and try and get it to be profitable as soon as humanly possible because there’s no denying the market. The market doesn’t lie. Either they like your ideas and your prices or they don’t. If you go off and say I’m going to blog, or I’m going to do this, you do all these things rather than just finding out, hey, does the market want my stuff at a profitable spread? That’s what I would have done right from the start.
I would first make sure I had a business before I started doing all kinds of pretend business stuff. If you’re doing a huge great blog and people are reading it but they don’t want to buy whatever you have, then you don’t have a business, you have a blog that people read for free. That’s what I would have done different.
At the end of the day, it all comes down to what the data says. Because the data never lies.
See a Free Demo of Wicked Reports today.
Find out for yourself why customers want to hug Wicked Reports and experts rave about it. Start now to grow your business by 2X, 3X or more.
SCHEDULE A DEMO TODAY!
SIGN UP FOR WICKED REPORTS! 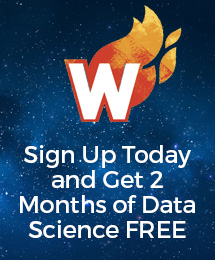